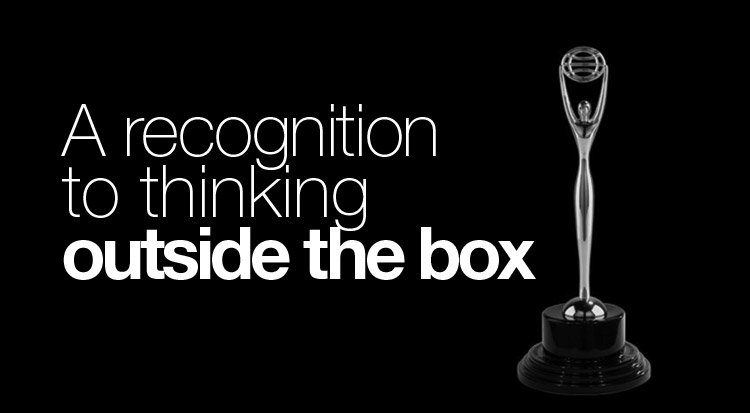 Ok! I declare myself guilty. I´m a big fan of good and creative advertising, and also of advertising festivals. This week one of them, Clio Awards, announced the winners of their 2014 edition. Among the many great works sent by agencies from around the globe two of them captivated me for the magic behind their simplicity. They are the kind of ads that generate the WOW effect and prove that simple ideas with a clear purpose are the best ones. Let´s take a look... shall we?...

Everyday no matter where we go we see tons of billboards hanging out there with no other purpose but to inform about a product or a service. Same thing on the Internet, we see tons of pop ups that don't have anything interesting to do besides collapsing your computer. Usually they are placed in areas that visually disturb, and only a few are worth seeing, those that are creative and click with the audience on an emotional way. Today I´ll share with you two great examples of Clio awards winners that break the mold with true innovation: one from IBM and the other from Google+.

What makes them so special? That´s easy to answer. Both campaigns have a true meaning behind, they were thought from an audience perspective based on their needs and their desires (basics elements for good ads). They were designed not to inform, but to make peoples´ lives a little bit easier. And to me, that is the best way to connect with them, and most importantly, to be remembered.

“If cities were smarter, then life in cities would be better”

Part of the IBM philosophy is to create solutions that help cities to get smarter. That's why IBM and the agency Ogilvy Paris worked together to spark positive change with the"People for Smarter Cities"  project, and unite city leaders and forward-thinking citizens. To spread the word, Ogilvy created unique outdoor advertising by adding a simple curve that turned billboards into something useful for citizens: a bench, a shelter, a ramp that were not only designed to be beautiful, but to be useful to the city with a clear purpose.

The ads transformed spaces that might otherwise be promoting new cell phones or theatrical premieres into interactive, and very useful, pieces of impromptu infrastructure. To see how it looks watch the video Smart Ideas for Smarter Cities from IBM

“Here is how Google+ connected fans with the team they love”

Front Row was the campaign created by Google+ that on March 16th gave the opportunity to world wide fans from the Manchester United to view the match in first row, and cheer up for their team while sitting at home.

All was held through a Google Hangout session on a great scale with a selected group of the international fanbase from the Google+ page from the Manchester United. For the first time in football, supporters were streamed live onto the pitchside hoardings, thanks to Google+ Hangouts – the free multi-person video call feature.

To participate in the Front Row campaign, fans simply had to share a picture on Google+ that showcased their love, passion and commitment to the footbal team, and share it publicly with the hashtag #MUFrontRow

See it for yourself how simple ideas with a clear purpose like this one from Google+ are the most successful ones. Here are the Google+ Front Row campaign results:

Check out the Google+ Front Row campaign video and see how fans were part of this amazing experience:

As you can see ideas don't necessarily need to be expensive, they just need to be thinked. If you work in marketing, advertising, or have your own business, and you are looking for ways to be remembered, think about this the next time you design a campaign: It´s not what you say to them, it´s what you do for them.